< Back To Blog Home

We have just added a new feature to our sold price search where you can now see sold prices for any property across England and Wales with not only the sale price, but the sale price converted to today's money using RPI and Salary indexes.

These figures are also joined by mortgage estimates based upon an 85% repayment mortgage being taken out on the property at the time of sale using typical rates offered by banks and building societies at the sale date.

When adjusted for inflation, the changes in value over time - major or minor - are extreme when looking at the buying power of the money at the time of sale and comparing to today at each step. 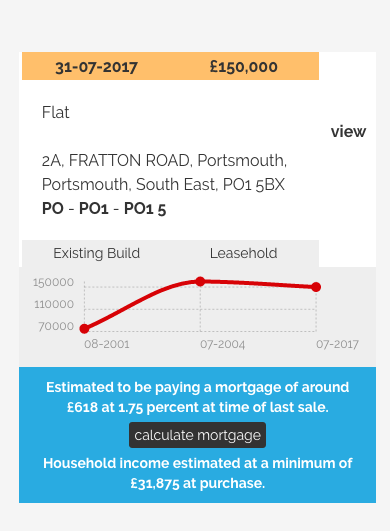 You can search any property using the sold house prices tool and see the same type of figures across millions of other properties. We also estimate the household incomes of the occupants at time of sale and show the type of resident based on census data.

Remember, we have tools across the site to help sift through every area across the UK based on crime, jobs, travel, house prices, education and more.

Code and design by Ray Arman